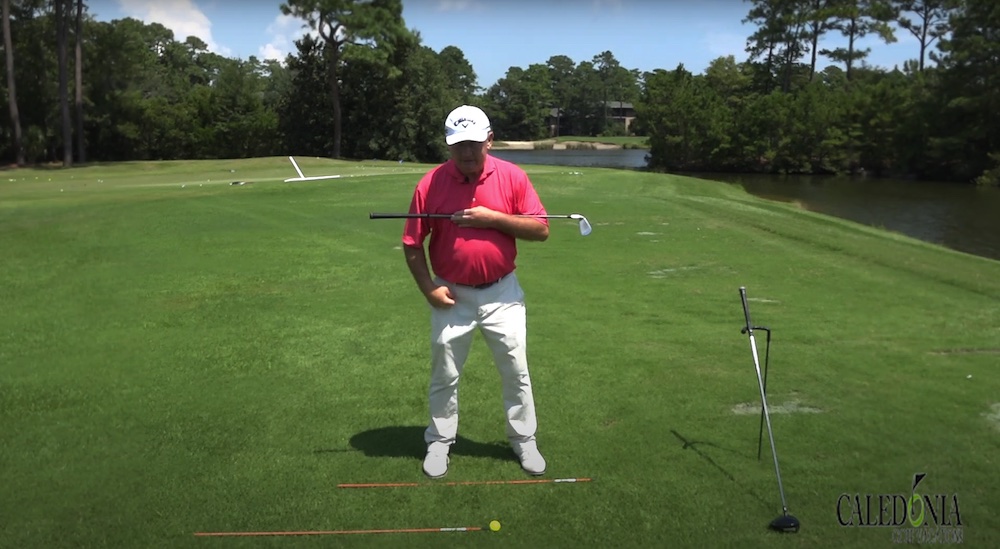 Video Tip: How to Avoid the Four Deadly Thought Processes in the Golf Swing

You’ve heard of the seven deadly sins, but here we’re trying to avoid the four deadly thought processes that will leave your golf swing vulnerable if you’re not careful with executing their related, common bits of advice. In this video, Mike Rugg of the Steve Dresser Golf Academy at True Blue Golf Club in Pawleys Island, S.C. addresses those thought processes and separates fact from fiction.

Mike Rugg:
Hi, my name is Mike Rugg. I’m one of the instructors here at the Steve Dresser Golf Academy, and I’m at True Blue and Caledonia golf courses here in Pawleys Island, South Carolina. I want to bring to your attention four things that we see at our golf schools in our lessons. The four deadly thought processes and tips that we hand down from generations and generations, from family members to family members. And they simply are:

First one is, people have been told to “sit down” and they get their hips outside their ankles. Really a bad piece of information. Everybody claims it’s from Ben Hogan. Well, Ben Hogan never set up that way. And it’s a misinterpretation. What he actually meant is to set up forward with the weight in the middle of your feet. When it’s on the heels, generally, we see the hips going towards the ball and it’s early extension, deadly. So be careful with that one.

The next one is “keep a straight left arm.” Well, people confuse that with a stiff left arm and tension has no place in the golf swing. We want to coil and wind and unwind, but we don’t want to do it in an intense position. Lot of people really are concerned about this, but generally, if the left arm is breaking down, there’s some other cause, either a bad grip or not using the right side properly.

The third one, now we’re starting to get good, is the idea of turn, which seems to be the castor oil of everyone. “If you want to hit it further, turn more.” If you’re not hitting it sharp enough, and you’re not drawing, turn more. So it’s a cure for everything. But people get out of sequence when they turn. They start taking it inside, and then they start lifting.

And last, but not least, the big one. “Keep your head down,” which might be by itself the worst piece of advice you could give anyone. It’s not an athletic motion. The head does move in the golf swing. And if the head moves abnormally it’s something else causing it. By trying to keep the head down we lose all athleticism in the golf swing. The head does move. Matter of fact there’s been a lot of great players that are actually looking at the target at impact. And they include Annika Sorenstam, who is a great ladies’ player. She was looking at the target.

PrevPreviousVideo Tip: How to Avoid the Lower Body Sway in Your Golf Swing
NextCaledonia’s Grillroom Continues to Be a Golfers’ FavoriteNext