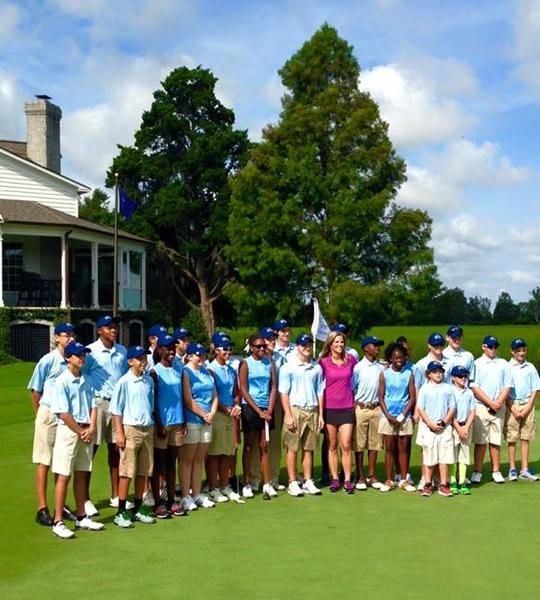 For the fourth-straight year, the nationally acclaimed Caledonia Golf & Fish Club will be teaming up with The First Tee of the Grand Strand on Tuesday, July 28, 2015 to host the The Todd Welden Invitational in Memory of Carolyn Cudone. The 18-hole scramble-style tournament is scheduled to begin at 10 a.m. with registration starting at 8:30 a.m.

Additionally, South Carolina natives and Golf Channel personalities Kelly Tilghman and Charlie Rymer are scheduled to participate for the third-consecutive year, and plan to film live segments from the tournament, airing the coverage on Golf Channel’s “Morning Drive” show.

“Giving back to the great game of golf is one of the reasons we love hosting these tournaments,” Bob Seganti, PGA director of golf operations for Caledonia Golf & Fish Club and True Blue Golf Club, said. “They’re also a great way for us to get involved in our community, and raise awareness and encourage the next generation of golfers.”

Cudone, who moved to the Grand Strand in 1966 and died in 2009, is one of the greatest female champions in the history of the United States Golf Association and is the founder of the Myrtle Beach Junior Golf Program.

For the first time in the event’s four-year history, one First Tee junior from Horry (S.C.), Georgetown (S.C) or Brunswick (N.C.) counties will join each participating three-team group in the tournament.

The First Tee of the Grand Stand provides golf instruction and character building, stressing nine core values to the youth in Horry and Georgetown counties, and is operated through a foundation that also oversees the highly successful First tee of Brunswick County.